Magic In The Middle works with several AFL clubs to provide event decor and football club balloons. That said, it's no secret we are particularly proud of our long association with the Western Bulldogs. You would be hard pressed to attend a Western Bulldogs home game at Etihad Stadium and not see a little of our magic.

We help make it clear to opposition teams and supporters, that the red white and blue is out in force. From table decor at The President’s luncheons, coterie events and member functions, to balloons along the concourse, we play our part. 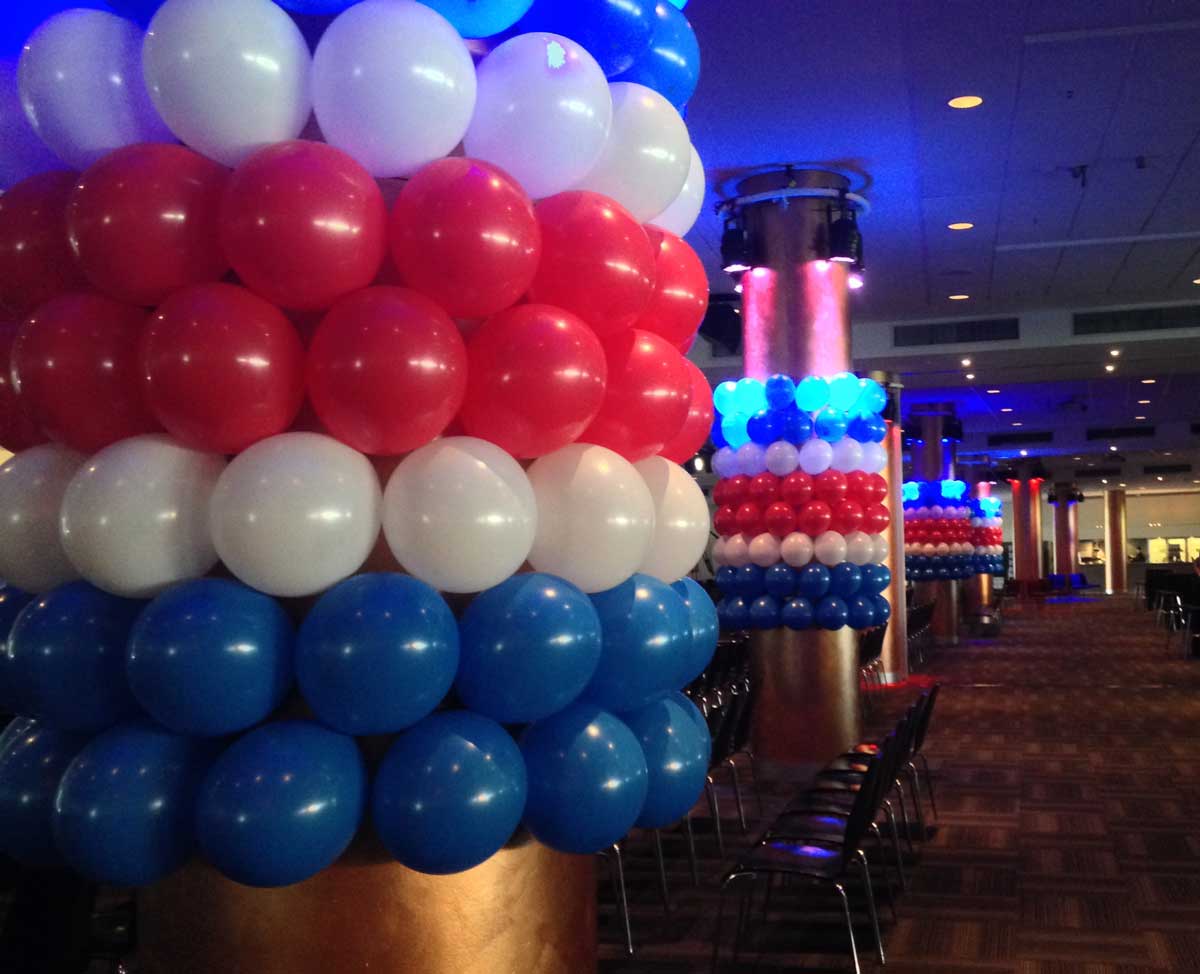 Without question, the 2016 Western Bulldogs team will go down in history.

Nearly 100,000 fans crammed into the Melbourne Cricket Ground. It was the fourth largest television audience ever to watch an AFL/VFL match. After all, it is the AFL Grand Final.

At the final siren the players rejoiced on the ground, the Bulldogs faithful, and those who had been riding the Bulldogs Bandwagon, celebrated across the country. The Western Bulldogs were Premiers for 2016!

The football loving public had rallied around the Doggies as they made their stunning tilt at the AFL Premiership. They rejoiced as one as Easton Wood and Bob Murphy held the AFL premiership cup aloft. Of course, we celebrated right along with them.

Congratulations to the Western Bulldogs! May there be many more.